Why the Chinese Consumer is more Complex than you think?

BritCham / CBBC Many believe that the future trajectory of Chinese consumers’ purchasing habits will continue on its steady path- one that sees western goods and luxury items remaining firm favourites. However, at a recent event, ‘The Existential Chinese Consumer’, Mike Bastin (Researcher at Nottingham University’s School of Contemporary Chinese Studies) and Doreen Wang (Group Account Director & Head of Branding, Millward Brown, China) discussed how their ongoing consumer research is painting very different picture -a new hybrid customer is emerging and this is something that businesses should ignore at their peril. The Existential Chinese Consumer –Mike Bastin The predominant view is that Chinese purchasing habits are based on following the collective and a desire to showcase wealth, something that many expect to continue as the Chinese economy moves up the value chain. However, Mike Bastin’s research points out that a more complex pattern of consumer behaviour is emerging- a more independent, non-conformist and even rebellious customer who is no longer simply buying what is western or popular. This ‘Existential Chinese Consumer’ is instead interested in spending more on private consumption as a means of self reward- enjoying expensive wine at home, rather than showcasing this wealth in a public- and gaining pleasure from value even though others may not necessarily witness it. Although this trend may seem obvious and comparable to spending habits across Western Europe in the 1950s, Mike argues that Chinese culture will have a unique effect on the products and spending habits that gain popularity in the in the future. He states that the Chinese consumer, even from the younger generations, is very patriotic and nostalgic towards Chinese history. As a result, customers will increasingly buy from domestic companies, especially as these companies begin to increase product quality and pay more attention to brand development. Mike also points out that conspicuous consumer behaviour is falling out of favour. Mass market production and buying the “in” product will no longer drive purchases, an increasingly independent customer will demand customised products and services. Mike expects that traditions like ‘guanxi’ and ‘face’ will decline in importance as ‘self reward’ increases as a means of justifying consumption and expenditure. Despite this, the rise of this existentialism does not necessarily mean a move away from key foundations of Chinese values like Confucianism and a collective society, but it does have implications for business. It is dangerous to assume that all consumers are the same, China’s unique history means real differences. Businesses will need to cater for smaller market sectors, customise their products and services and move away from mass marketing, or risk losing the interest of Chinese consumers. This is especially true as Chinese brands gain popularity and catch up with western competition. From a HR perspective; younger generations will value self-fulfilment in the workplace, not just large pay packets. What China is experiencing is a key paradox of globalisation- that while there will be some standardisations in consumer behaviour, there will be greater differences across cultures. But how are Chinese spending habits effecting brand success, and what are the future implications? Doreen Wang, Group Account Director & Head of Branding, Millward Brown, China gave an overview of the most popular Chinese brands and patterns emerging from the 2011 ‘WPP Brandz: Top Most Valuable Chinese Brands’ research. General trends WPP’s research shows that brands have never been more important. People are becoming more involved with branding, bonding with brands is growing, and strong brands create strong financial performances. In China, the average consumer is becoming progressively more familiar with an increasing number of brands, especially compared to ten years ago. They are also trading up across the market and paying more for better brands- this is true throughout Tier 1 to Tier 4 cities. An important aspect that Doreen pointed out is that branding is increasingly becoming about relationships- those that are most successful will ‘bond’ with their consumer base. Trends have shown that in comparison to 2006, consumers are likely to have a shortlist of 2-5 brands that they use, rather than being loyal to one particular brand or buying because of price reasons. Doreen predicts that brands need to enter this shortlist in the next 3-5 years in order to catch this consumer wave. 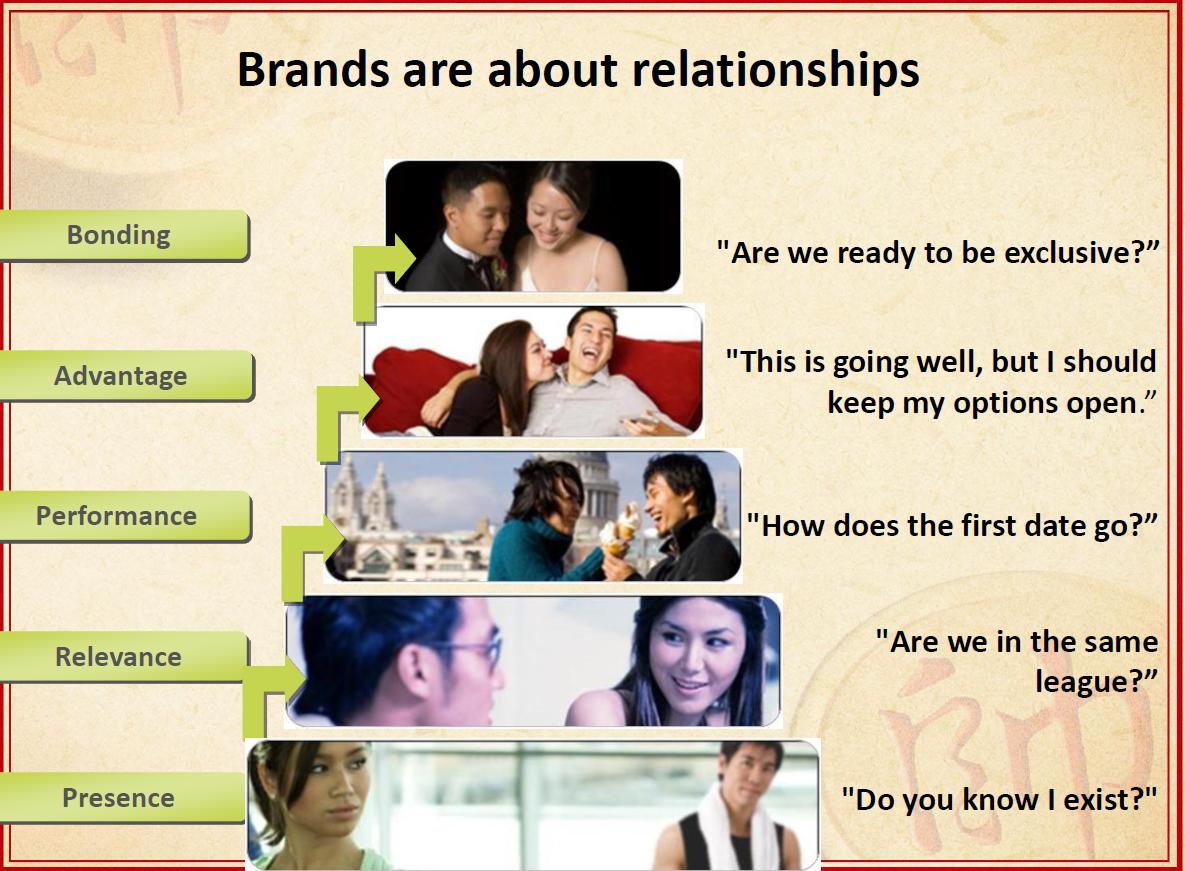 Top 50 Brandz: Most Valuable Chinese Brands. With these trends in mind, which Chinese brands are most successful and why? WPP conducted research on the top 50 Chinese brands using the global standard of brand evaluation. The top 50 were in total worth USD 325 billion and had grown 16% in value. They include a wide range of brands reflecting diverse growth trends: C-Trip, Sina, Bank of China, Renren, China Mobile, Hainan Airlines. Unique to China was the inclusion of banks and airlines as successful and popular brands. Trends that the most valuable brands had in common were that they were using innovation to drive growth (eg. Sina changing its brand image from a news source to a fashionable social networking supplier, which significantly increased its brand value). They are using trust to fuel bonding, particularly food and drinks companies that are responding to consumer worries about safety. Brands like Moutai baijiu are promoting their heritage to increase brand appeal, modernizing their brand but keeping it relevant. Brands are also using China’s digital evolution to increase their exposure though various digital campaigns. 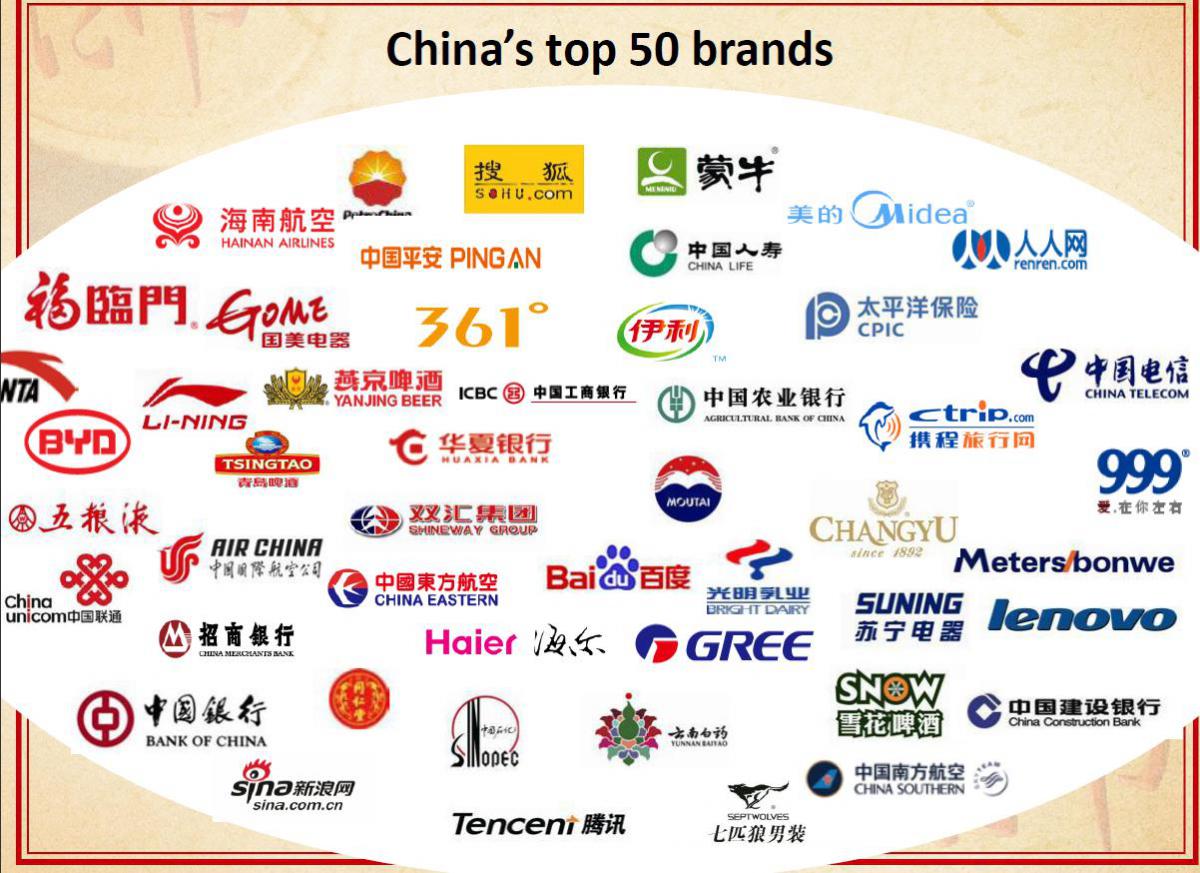 Foreign vs. Chinese brands in China In the Chinese consumer mind, quality, safety and functionality are the key factors that differentiate foreign from domestic brands. Preference for domestic brands is predominately based on pricing and to a small extent having its ‘own culture’. In examining reasons why customers may bond with a brand, popularity remains the top reason (out of: ‘better product/ service’s; ‘appeals to me’; ‘is popular’ ‘it’s unique/ different’; ‘it’s dynamic’; and ‘best price’). However, ‘appeals to me’ is increasingly cited as a reason, also reflecting the increasing existentialism which complements Mike’s findings. One key pattern emerging is that between 2006 and 2011, is that the strengths of foreign competition have shrunk. Key growth drivers for Chinese brands, such as price competitiveness are also shrinking, yet the popularity of Chinese brands is still increasing. But what are the reasons for the increase in the popularity of Chinese brands ?WPP’s research found that they are considered to be solution oriented, have perpetual progression and despite often trailing their western counterparts to begin with, often lead in innovation. Whats more they often life-test their products, testing a wider range to see what customers want and which products gain popularity. In essence, they often work in a different way to western brands and often take a different approach towards their consumers. Challenges to Brand Growth Despite much progression and increasing brand awareness, many challenges remain for the growth of China’s brands. Their overseas awareness is low, and many lack key growth drivers like innovation, digitalization, trust, heritage and targeting China’s middle class. To gain success Chinese brands need to be large, but also meaningfully different. However, as Chinese brands develop and mature, western companies may have to prepare for changes in the purchasing preferences of China’s consumers. Source: China Britain Business Council (CBBC)